When you Google “Race in entertainment media,” not a lot comes up.

While discussions are happening more often, race playing a role in the TV and film industry is still a taboo topic in Hollywood.

Chuck Hayward is one of the few people that has broken through the noise to bring light to the topic and he happens to be from my alma mater, Syracuse University. If you haven’t heard of him, you may have heard of a few shows he is a writer and producer on – “Dear White People,” “Step Sisters,” “Mixed-ish,” “WandaVision” and “Ted Lasso.” Not too shabby!

Black professionals are extremely underrepresented in mainstream media; and any who do make it in the film industry are responsible for helping others like them try to make it in the field. Another problem facing Black people in the TV and film industry is the barrier to inclusion and equity; many of these professionals are not given equal creative opportunities off screen. This leads to even more underrepresentation and increases the barrier to equality in the industry.

The conversation surrounding equal representation in mainstream media needs to happen more often and needs to be taken seriously. That is why I am excited that Chuck will be speaking later this week about some of the obstacles he has had to overcome throughout his career. He will also be discussing where the TV and film industry is now in terms of race.

He’s speaking at the 20th annual Conversation on Race and Entertainment Media at Syracuse. Details are below if you are interested. It’s a conversation that needs to be had! 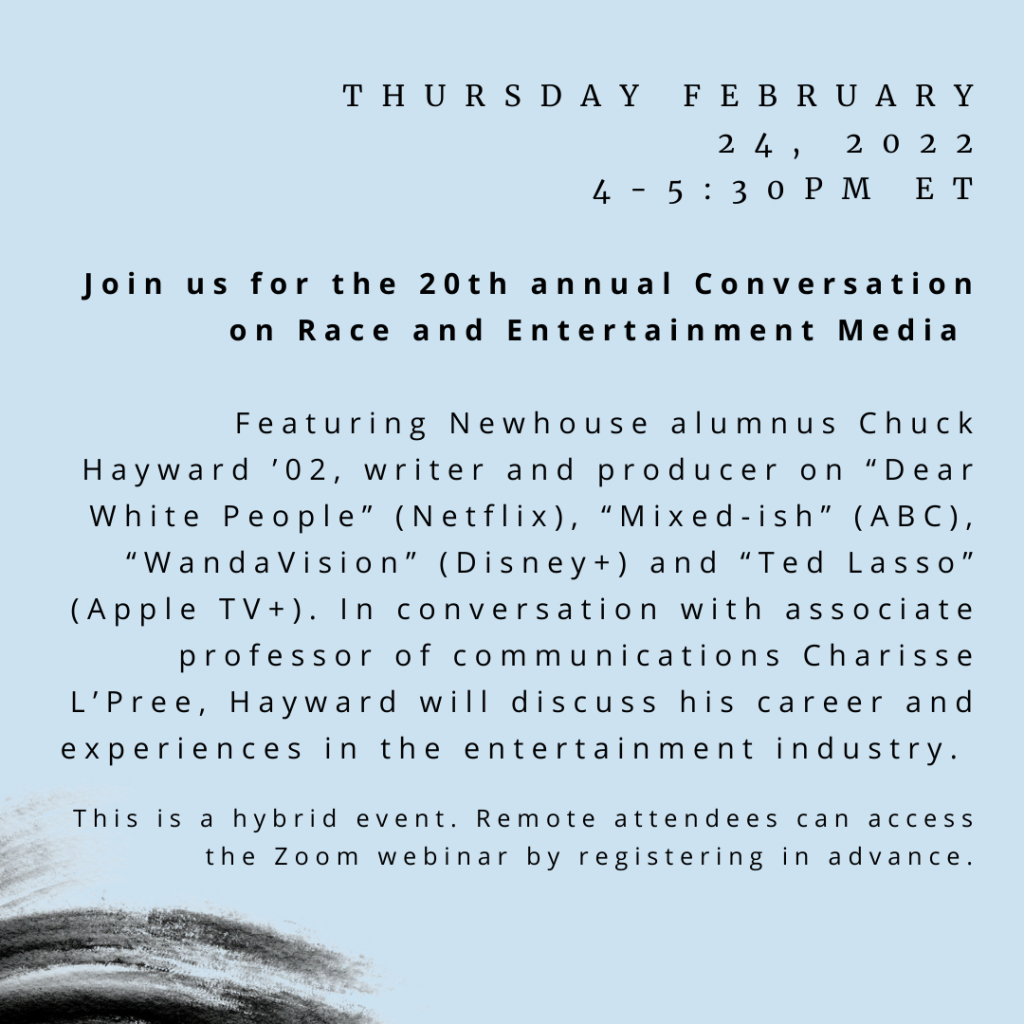 You can attend this event virtually by registering here!